Extend me, don’t change me 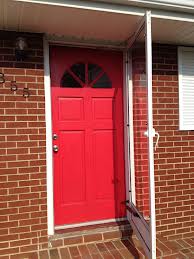 No good for receiving letters

Imagine a world without letterboxes. Imagine a time when you had to leave your front door wide open just in case the post man wanted to deliver a letter. Anyone could come inside, make a mess of your front room, break things and leave! Not good.

Luckily, we don’t live in that sort of a world. If someone wants to send you a letter then the message is posted through your letterbox, then you can read it and choose to respond to the letter without allowing anyone to into your home.

This is what the Open Closed Principle is all about. Uncle Bob says

software entities … should be open for extension, but closed for modification

Let’s return to our Ninja Robot friend RoboSlave and his MakeBreakfast() method. I mentioned that we may want the option of having RoboSlave serve us toast for breakfast instead of cereal.

We don’t want our uses to have to start changing the code in order to make  RoboSlave provide their preferred type of breakfast, what we’d really like is to be able to modify the behaviour of the MakeBreakfast() method without changing any code.

Instead we could pass in a parameter for the type of breakfast we require and RoboSlave would respond accordingly. The Method would look like MakeBreakfast(BreakfastChoice choice) where BreakfastChoice is a list of options such as Toast, Cereal, BaconAndEggs, Croissant etc) but that would soon become very messy and hard to test.

Even better, instead of having one MakeBreakfast method, we could have separate classes that all provide their own version of the MakeBreakfast method and when we run the RoboSlave program, we could choose which version of the class we want to program RoboSlave with. This way we can add additional implementations as we familiarise ourselves with breakfasts of the world! Mmmmmm, pancakes!

Another benefit of this approach is that we can safely add a new implementation of IMakeBreakfast with the comfort of knowing that we’re not breaking any of the other versions of the class. Mr Crumpet will still get his bit of Crumpet and Mr Toast will still get his warm bread with lashings of marmalade.

In the next post we will explore the Liskov Substitution Principle