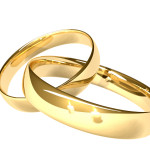 On Tuesday the British government announced that from March 2014 same sex marriages will be able to take place following a recent change in the law.

Previously, gay couples could have a civil ceremony that was recognised in the eyes of the law as the same thing as a marriage but without the Religious connotations. The significance of this move is that it is actually redefining the definition of what marriage is.

Those of you that know me will know I’m a passionate Manchester United fan, so you may be surprised that I’m using my website to make a plea to a very generous Manchester City player. Yesterday, Micah Richards offered to give £20,000 of his own money to a charity suggested by his followers. Footballers get a lot of stick these day but I think sometimes it’s easy to forget how much work they do off their own backs for charity so even as a red, Continue reading →