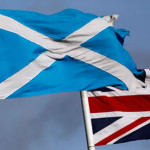 On Thursday, 18th September 2014 the Scottish people voted decisively in a referendum to resolve the future political landscape of the British Isles. It was a decision that will start a political revolution of the likes of which has not been seen on these shores since the Union itself was formed some three hundred and seven years ago.