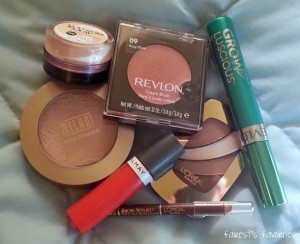 In the past couple of  days a new craze has started sweeping across Facebook and other social media outlets and that’s the No Makeup Selfie pictures people (mostly women) are taking of themselves in order to promote Breast Cancer awareness.

The idea is, people take a picture of themselves with no make up on and post it onto Facebook and at the same time donate money via text to a cancer research charity. Cancer is a horrible disease that effects 1 in 3 of us at some point in our lives so anything that raises money is a good thing but for me the campaign also raised debate about a completely different issue.

The fact that it’s deemed so unusual for women to be caught on camera without make-up on is a little bit worrying. When was it that our society became so obsessed with body image that it’s no longer acceptable for people to show their faces without a mask?

I am not for one minute criticising women who choose to wear make-up. I believe in the freedom for people to be what they want to be and whether you’re a man or a woman, if wearing make-up makes you happy then that’s great – go for it! I don’t believe in judging people based on appearance. Behind every tatty book cover is a story to be told.

However, what I do object to is the importance in which we place on appearance in the media particularly towards women. The behaviour is so engrained that we don’t even realise it is happening most of the time. Pick up any newspaper and read the articles and you will notice that women are referred to by their age and physical characteristics whereas men are referred to by their status in society so it will be “legal advisor, Mr Sim” or “34 year old Brunette, Tracy…”. Subliminally that sends a message out to girls that their most important qualities are their looks and that is not a good thing.

Then, open up a women’s magazine and you’ll see articles about how celebrity x has cellulite, how celebrity y has just lost some weight on some fad diet and the adverts will be full of young, stick thin glamorous women who have been digitally enhanced to remove all signs of the blemishes that every human being has.

These magazines have a big influence on young girls and the rates of eating disorders [1] are rising as a result. According to a study in 2005 [2], 40% of a group of girls with an average age of 14 wanted cosmetic surgery and according to a survey in 2012 [3],  two thirds of women would rather have large breasts than be intelligent and earlier this year, 2012 British Olympian hero Rebecca Adlington had cosmetic surgery after years of cruel taunts about her nose.

The trouble with cosmetic surgery is people think that if they only had x operation that they’ll have more self esteem and feel better about their body but all it does is shift the focus from one part of the body to another and they soon become addicted to the process in the pursuit of a happiness that will never come.

The truth is that you’ll never have what you’d like until you learn to like what you have. Self esteem comes from being comfortable with the skin you’re in, accepting your strengths and your frailties and making the most of the gifts you have been given.

I think our attitude to women is a damning indictment of the fickle society we have created where girls are only recognised for their physical attributes rather than for their skills and talents. We are sending out the wrong signals to our children. I want our daughters to grow up with ambition and confidence that they can achieve whatever they want to and knowing that they that they are going to be judged on what they can do not what they look like.

I also want our boys to grow up with realistic expectations of what girls look like. At the end of the day, we all age and looks fade. Relationships based solely on looks are doomed to fail unless there is a deeper emotional connection that goes with it. It makes me sad when I hear of women who deliberately get up hours before their partners because they’re so worried that they’ll be seen before they’ve applied their make up.

We should be putting pressure on magazines, newspapers and TV stations to be more representative of real women. Some editors believe if they use a model who is anything more than a size 8 that people will stop reading but this is not true. They can set the tone and send out a realistic image that represents women in the many shapes and sizes that nature intended. Variety is something that should be embraced not discouraged and I think women are more than just something pretty to look at.