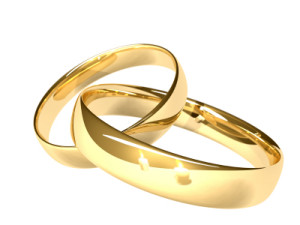 On Tuesday the British government announced that from March 2014 same sex marriages will be able to take place following a recent change in the law.

Previously, gay couples could have a civil ceremony that was recognised in the eyes of the law as the same thing as a marriage but without the Religious connotations. The significance of this move is that it is actually redefining the definition of what marriage is.

To me personally, I think it’s difficult enough to find someone you want to commit the whole of your life to without society stepping in and telling you whether it is right or wrong. Does it really matter if the person you wish to commit to is another man or indeed another woman? Surely, it’s the commitment that important, not the gender! Love is love!

I also think that marriage is something that can sometimes be taken too lightly. We live in a throw away society where by if we’re finding a relationship difficult, we’ll chuck it away and find another one. The vows to death us do part have never seemed more meaningless so maybe there is grounds to redefine marriage?

Under the new law religious organisations that wish to are permitted to perform marriage ceremonies for same sex couples in their places of worship. Whether you’re pro gay marriage or against it, I think there has been a bit of confusion about what the new law means. It does not mean that a gay couple can force a religious organisation to marry them against their will. You will not be seeing gay weddings in Church of England churches, for example. Gay couples will not be able to sue organisations whom refuse to sanction a gay wedding on their grounds – it is explicitly an opt-in process and the right for an organisation to say no is protected by the legislation.

When the Act was being debated in Parliament, and around the country I heard lots of pro gay rights campaigners who wanted the current law to go further and effectively force churches to perform gay marriages in their places of worship. As much as I believe in an individual’s right to marry any other consenting adult, I also believe in the right for people and churches to hold their own religious beliefs.

Suggesting that CoE churches should be forced to hold gay marriages is the equivalent of telling a Rabbai he must serve bacon butties in his synagogue. My hope is that the current law stays as it is and not only protects the rights of two people to marry but also protects the right of people to believe what their faith tells them, even if that view isn’t popular.

Christianity isn’t a homophobic faith. The ten commandments tell us to love thy neighbour. There wasn’t an exclusion for homosexuals. We are all sinners, and the Bible states that it is only the love of God that can save us.

So, in summary, I welcome the new freedom that this law introduces and the rights for Religious organisations to decide for themselves whom they wish to marry. Whether you’re heterosexual or homosexual, marriage should be something that is not taken lightly. It is a commitment for life, in good times and in bad. It’s not about a big day out with a cake and a fancy dress, it’s a celebration of two people who have decided to commit the rest of their natural lives to each other!